From February 8th to 12th class 6a did a project with the theme „Great Britain“ while home schooling.

„English“ only was the motto of our week so we held all lessons in English – even Maths, German and History. In German we wrote a summary about a book that we had read the week before. At the moment we are writing this report that follows the same rules that we had learned in German. In Maths we painted the British flag geometrically correct that was not easy. We also did other exercises and we weren`t allowed to read the German text. We directly translated them into English. In History we wrote our notes about the Middle Ages in English. The topics were „the tree estates of the Middle Ages“ and „The Castle in the Middle Ages“.

Every day`s highlight was the cooking lesson. On Monday we cooked porridge together – it`s „Haferschleim“ in German but the word „porridge“ sounds much better. You can be happy when you like it because it is very healthy. You can eat it with fruit, cinnamon & sugar, chocolate & nuts or any other flavour of your choice. In Great Britiain you can order different kinds of porridges in a hotel. On Tuesday we made Shortbread. Shortbread is a cookie made of flour, sugar, butter and salt. On Wednesday we baked scones – typical bread rolls that you eat with clotted cream and strawberry jam. On Thursday we made apple crumble with vanilla ice cream. Some students also ate it with vanilla sauce. On Friday we got up earlier to make English Breakfast. Therefore you need baked beans (white beans in tomato sauce), eggs, sausages, mushrooms, tomatoes and toasted bread. Without Corona we wouldn´t have had the chance to cook together because the kitchens in our school are for students of year 7 and older.

We had a great week with a lot of fun in the kitchen and we learned a lot of new words because we only heard and spoke English. Some kids even continued speaking English with their parents and two kids even dreamed in English. 🙂 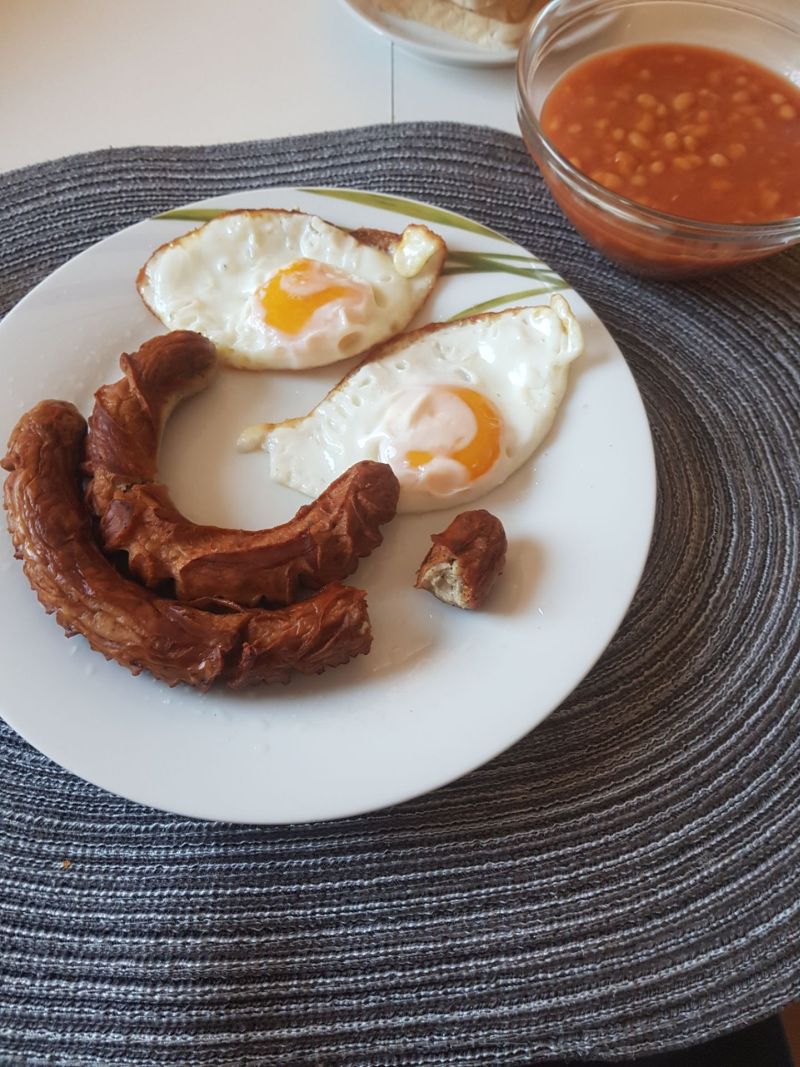 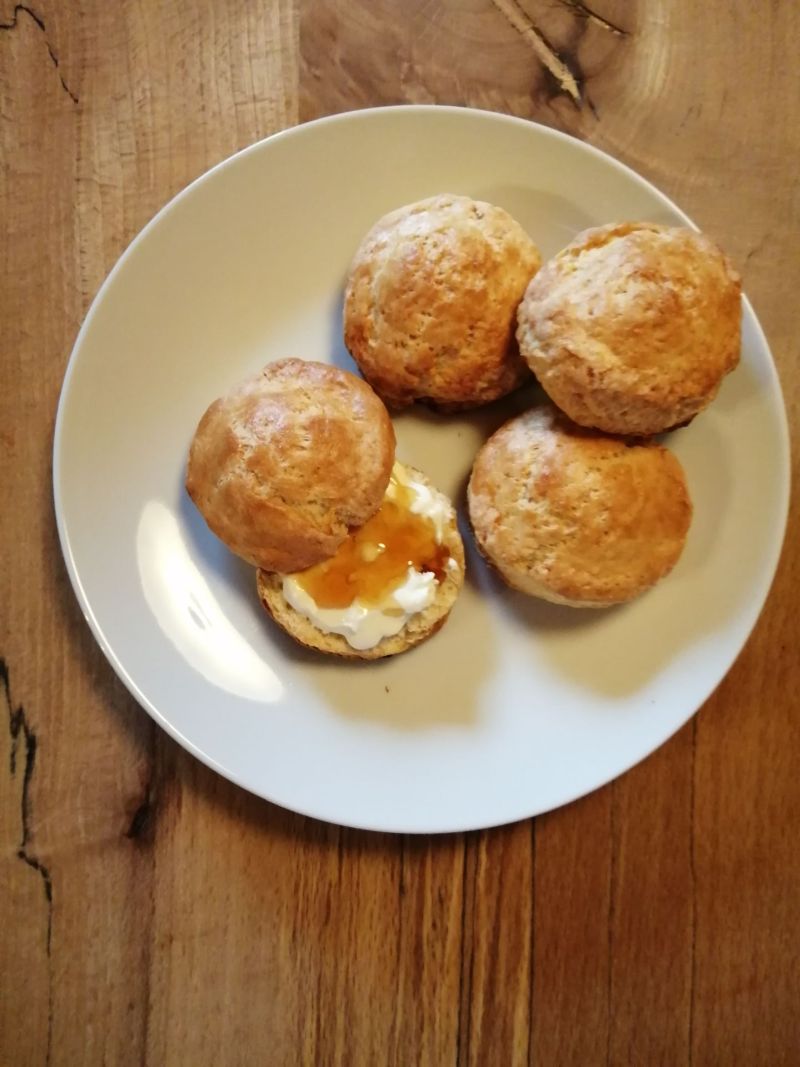 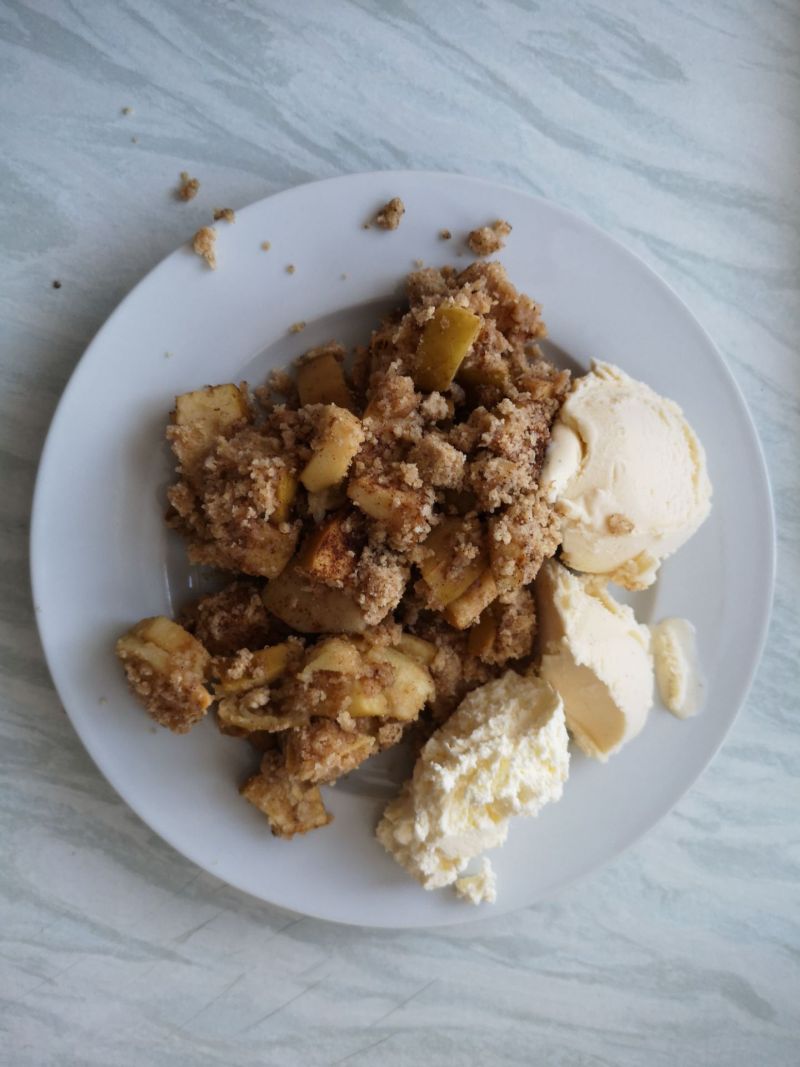 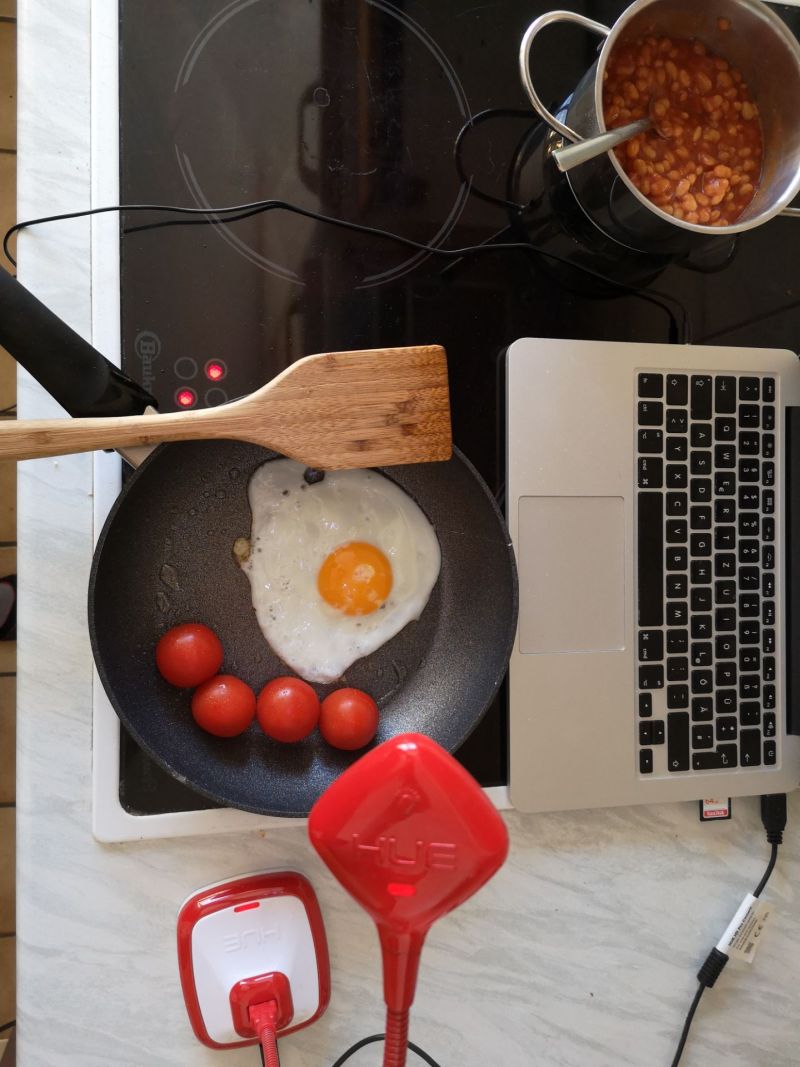 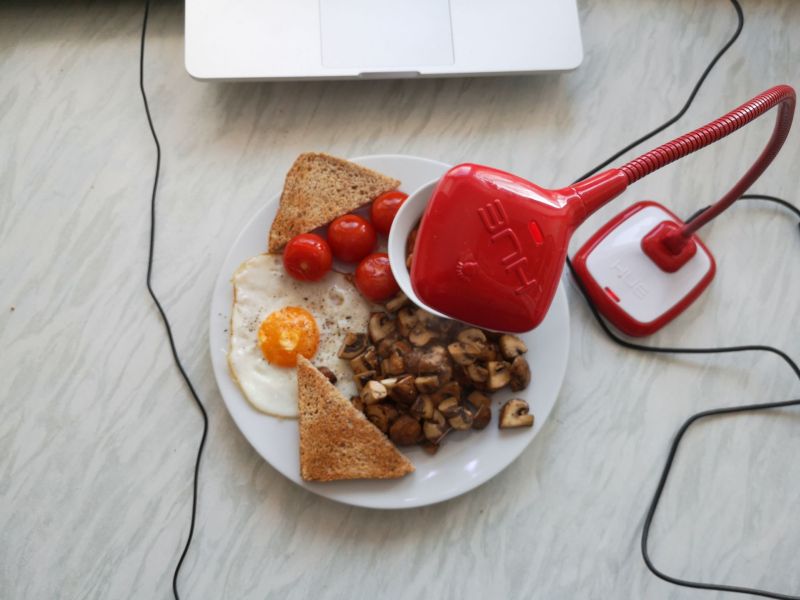 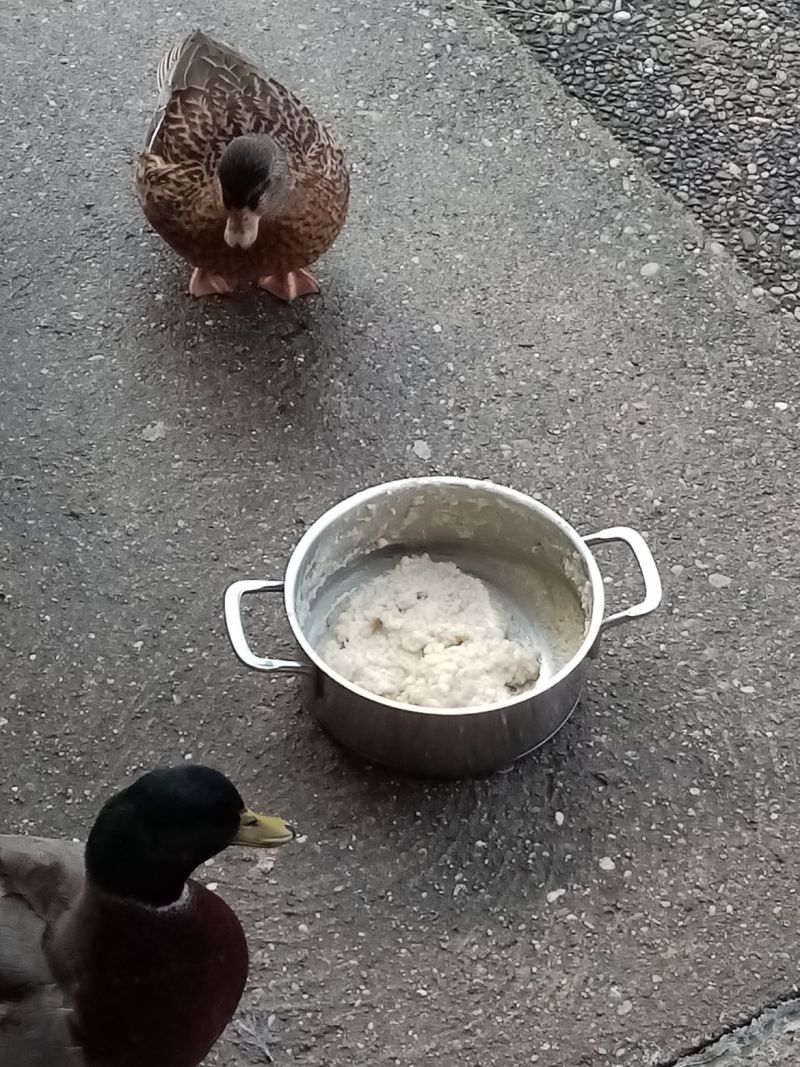 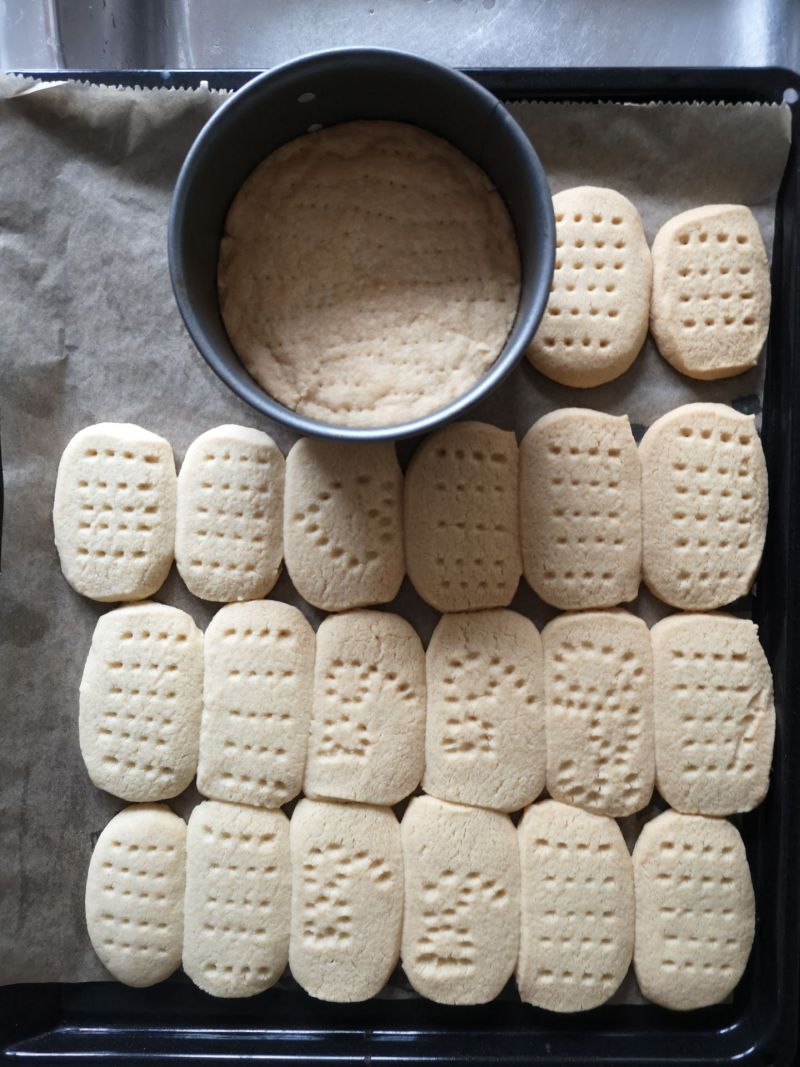 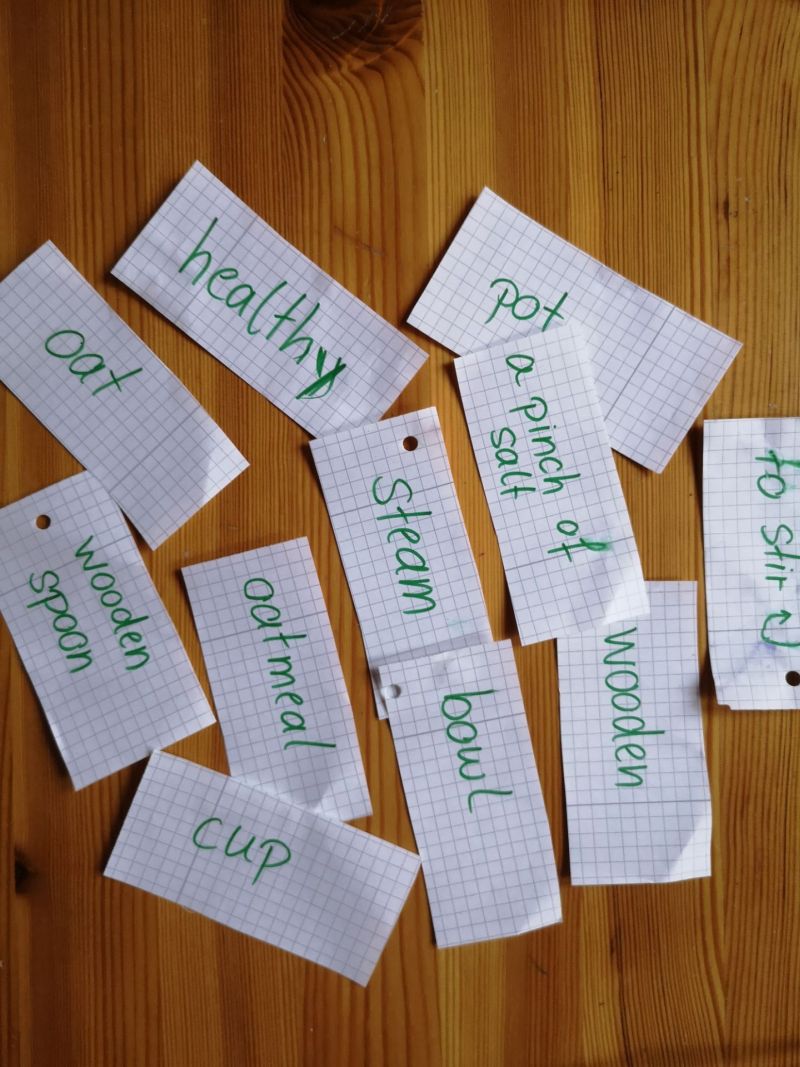 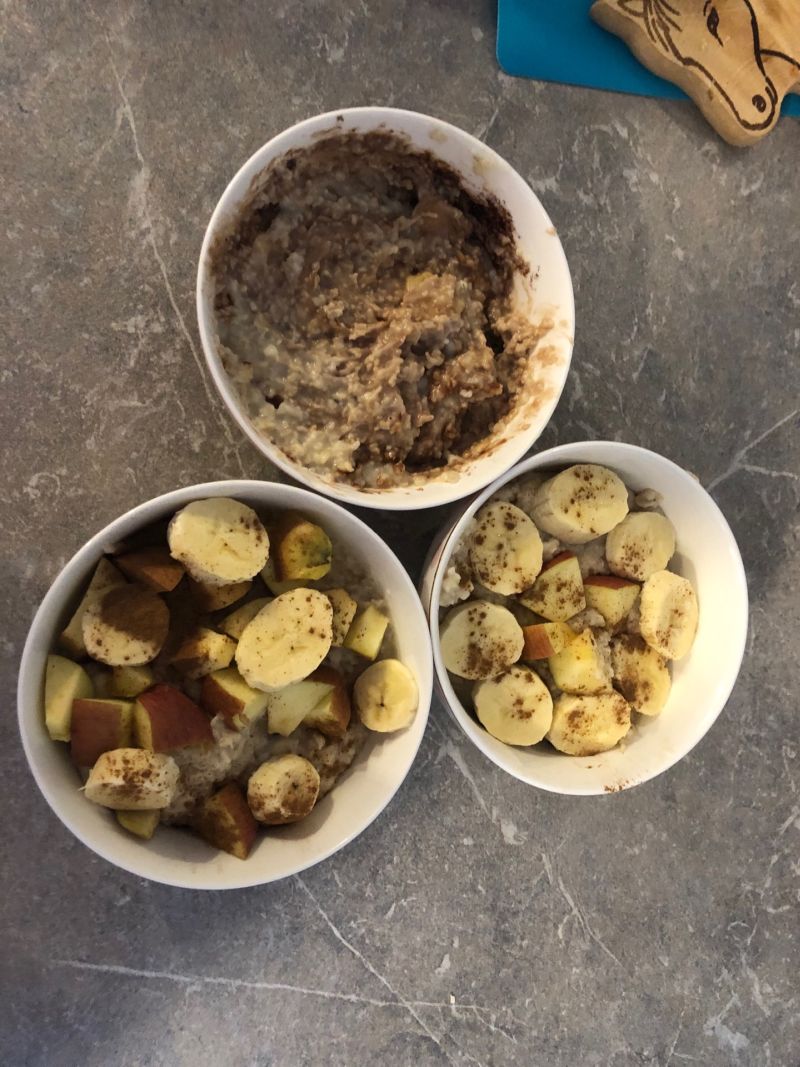 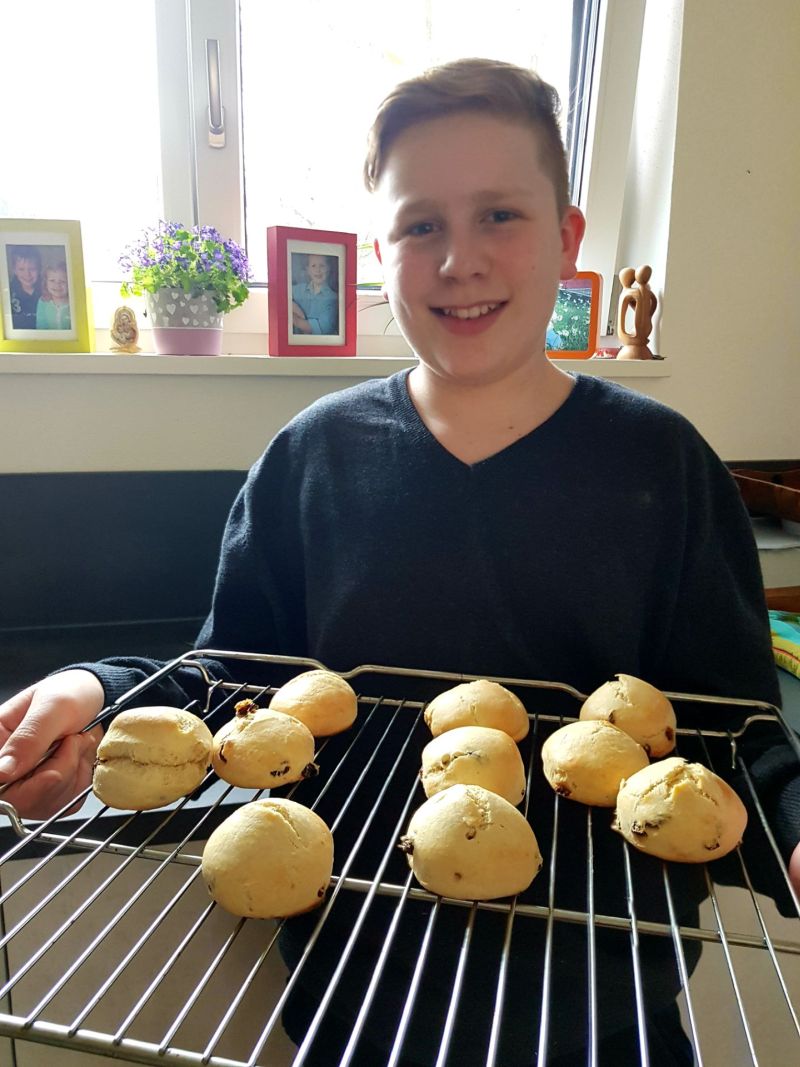 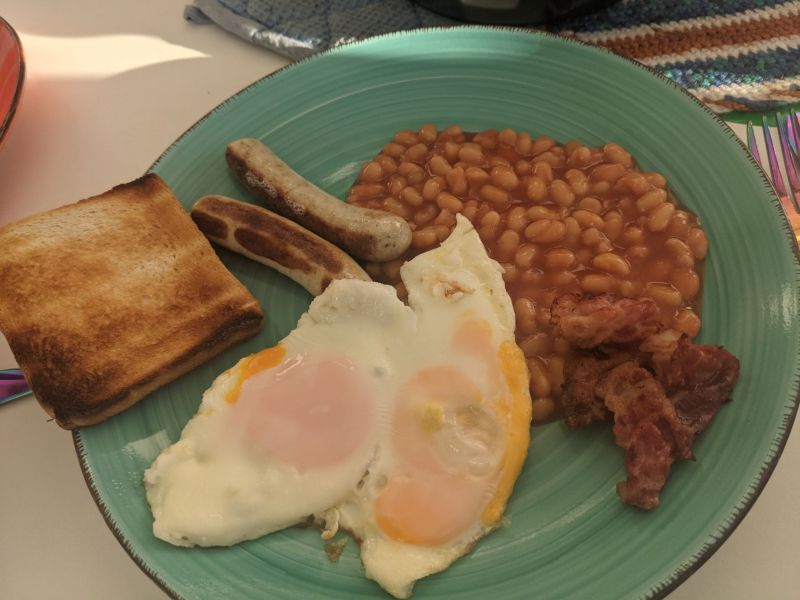 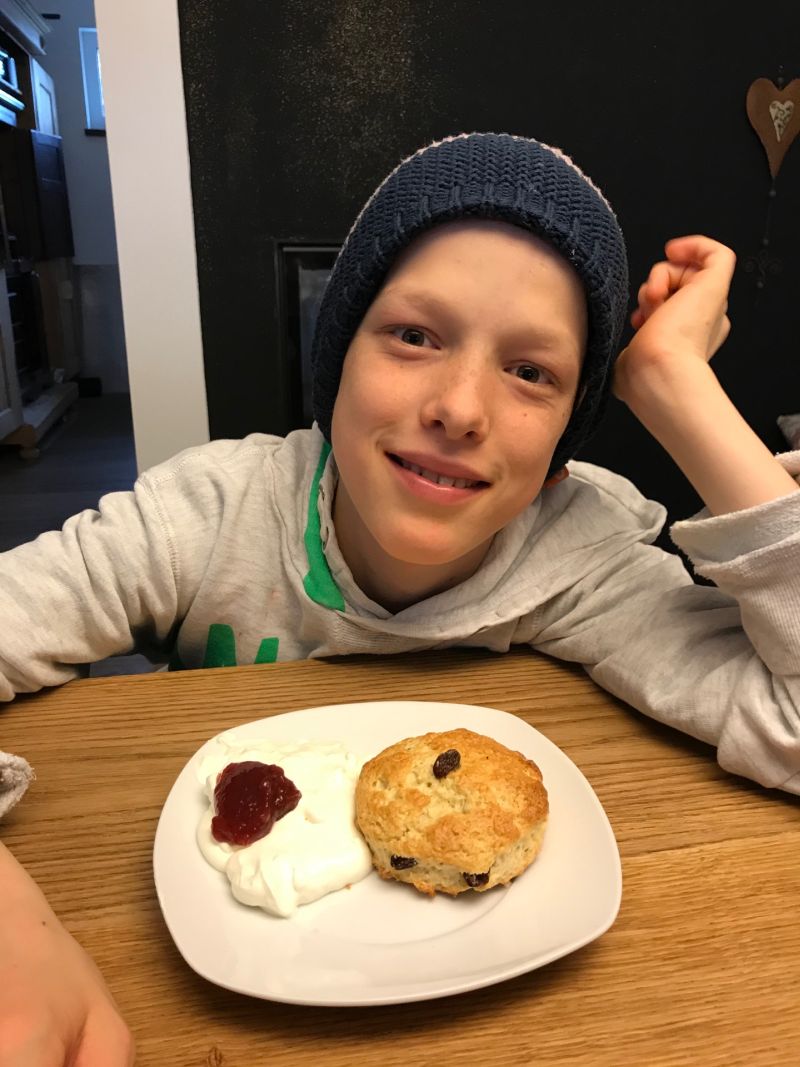 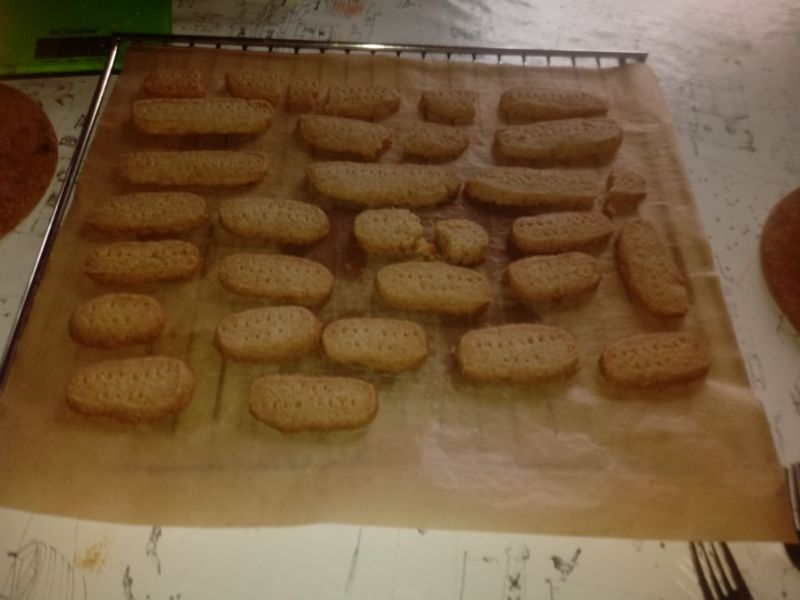 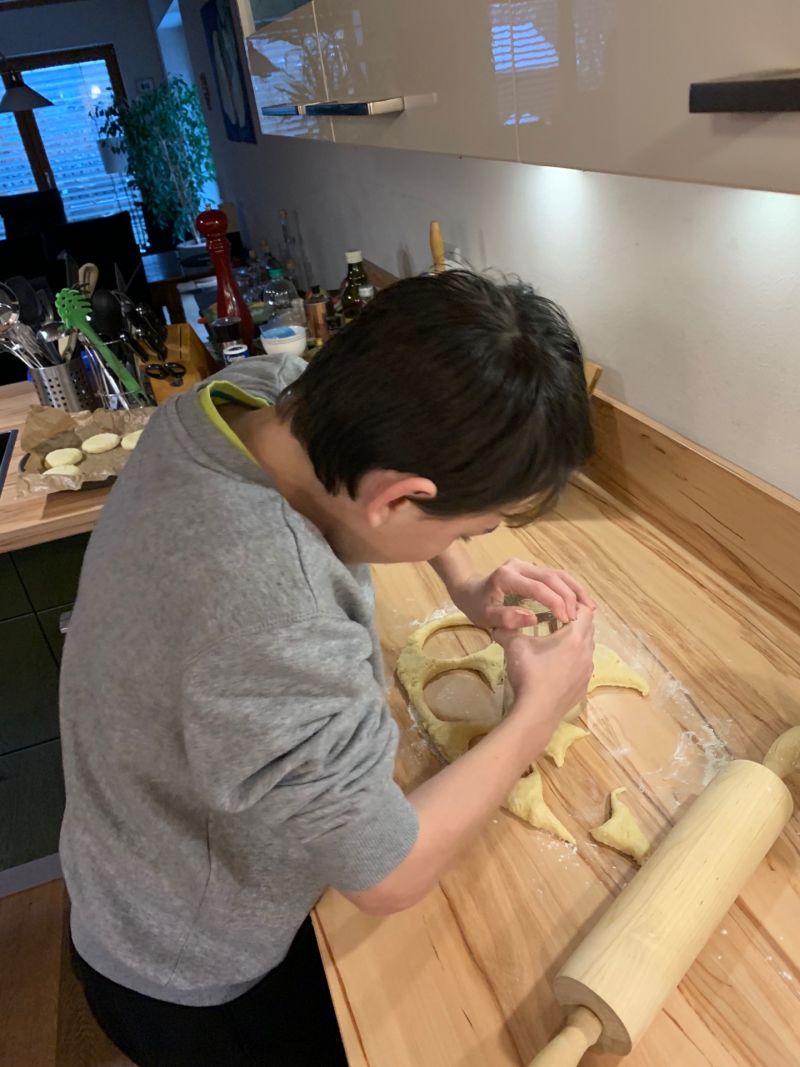 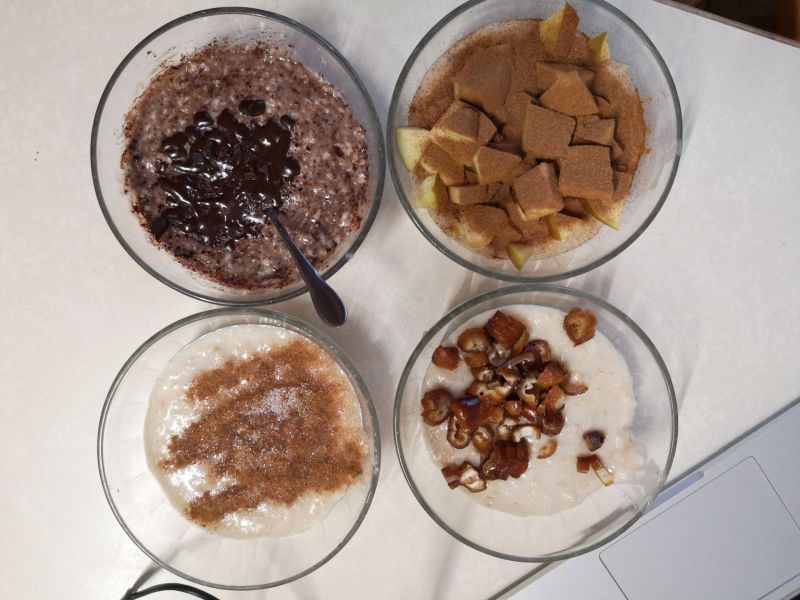 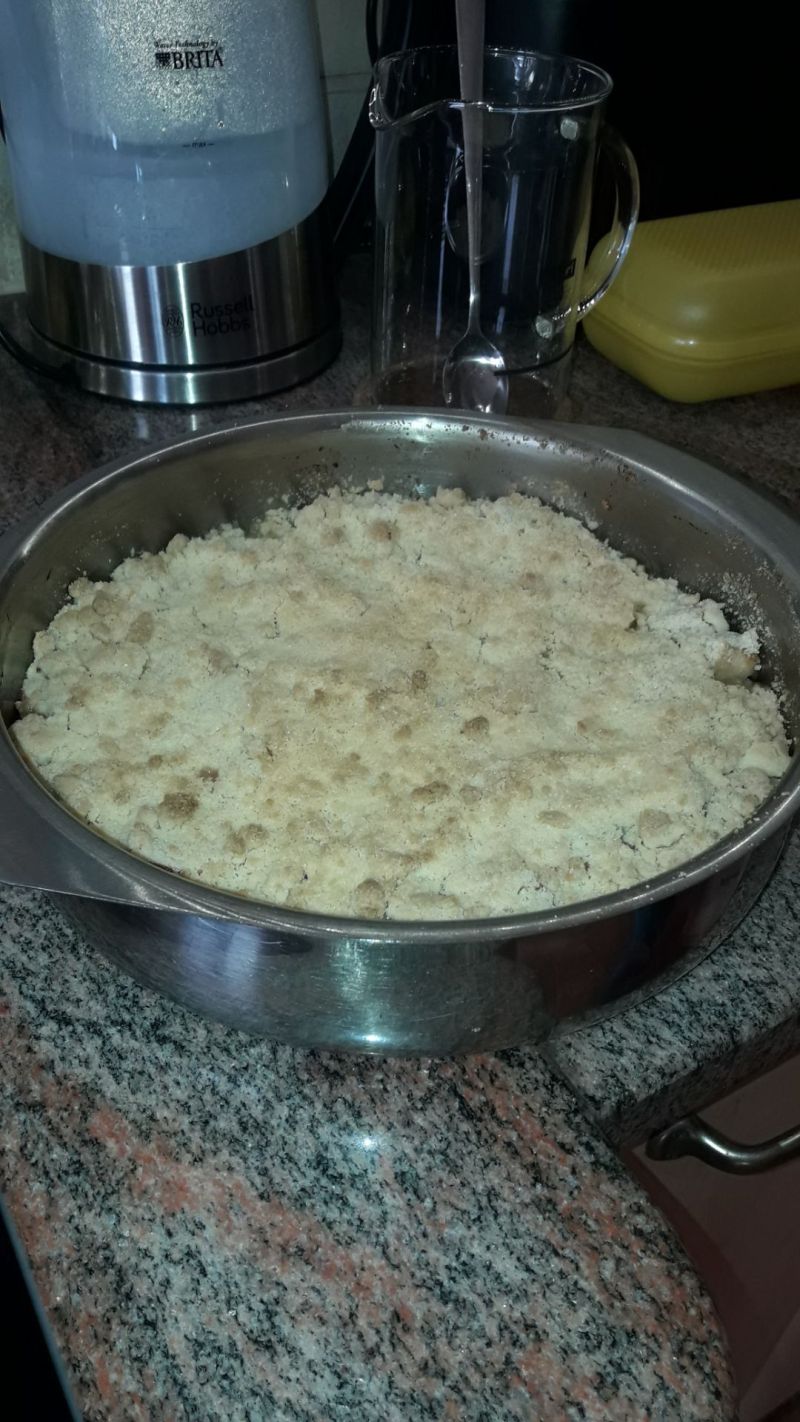 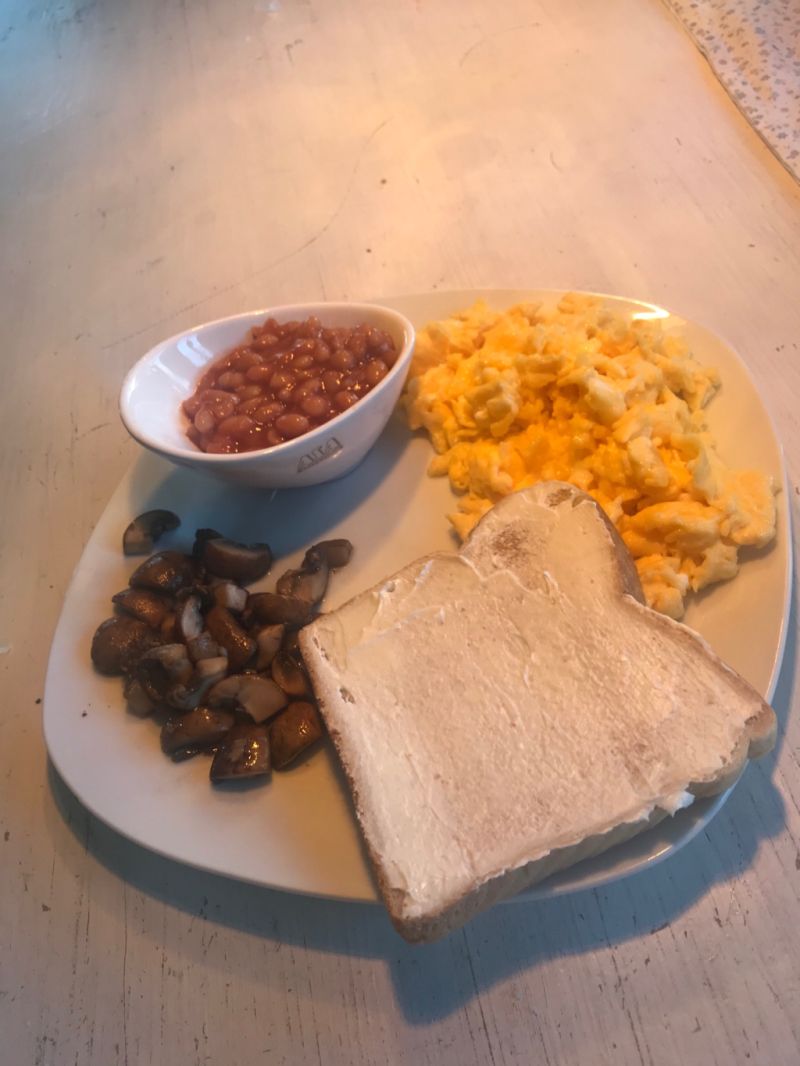